Are you tired of trying to make an affirmation work? Have you lost all the sticky notes you once had hanging on your mirrors? In most cases, affirmation is a very frustrating attempt to make a change come about. Affirmation will ONLY work if you already believe it will.  Kind of a bold statement, right? I laugh when I think of how many sticky notes I have posted up in an attempt to change my thoughts. The countless attempts to change, and absolutely none of those post-it-note-mantras were enough to bring about any real change. It’s tough, trying to overcome the sounds of the pity committee in my head telling me to feel defeated. And, I suspect that from time to time you too have had a personal pity committee. 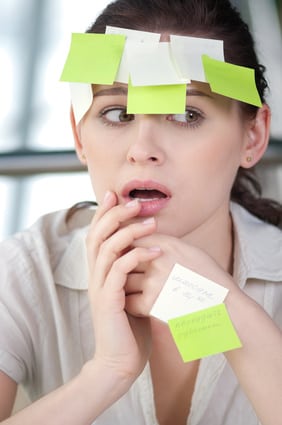 No matter what I would do, or how many times I tried to change my circumstances, that pity committee would resound in my mind. I could not stop thinking thoughts that would cause me to doubt myself, doubt others, feel limited in my ability for success; the pity committee was telling me to stop trying, to throw in the towel, and that nothing I could do would ever be good enough. Why? Because affirmation ONLY works for those who already believe they can be, do, or have whatever they are trying to attain.
Here’s why…
Belief determines thought
Thought determines action and reaction
Action determines outcome
Belief = Thought = Actions = Outcome
Affirmation is an attempt to change thought, and to then create a new pathway in the brain that will allow for a new outcome. But, the issue lies with changing the initial belief. Why? Because beliefs carry a very powerful energy, and create thoughts. When you attempt to change a thought, the belief will produce more of the same thoughts you’ve been having, because the belief remains intact. The belief will continue to generate thoughts that are consistent with the belief, and that’s when the sticky notes are taken down from the mirror, because you are back to the same old well-known set of self-limitations that you started with, and the same crippling outcomes.
Attached is a link to a very interesting study that was sent to me a couple of months ago. It was discovered online by one of our coaches. Take a look!
http://suite101.com/a/the-dangers-of-positive-thinking-a126106
The answer is CHANGE YOUR BELIEFS.  I love this part because once belief is changed, then you get to enjoy the outcomes you seek.